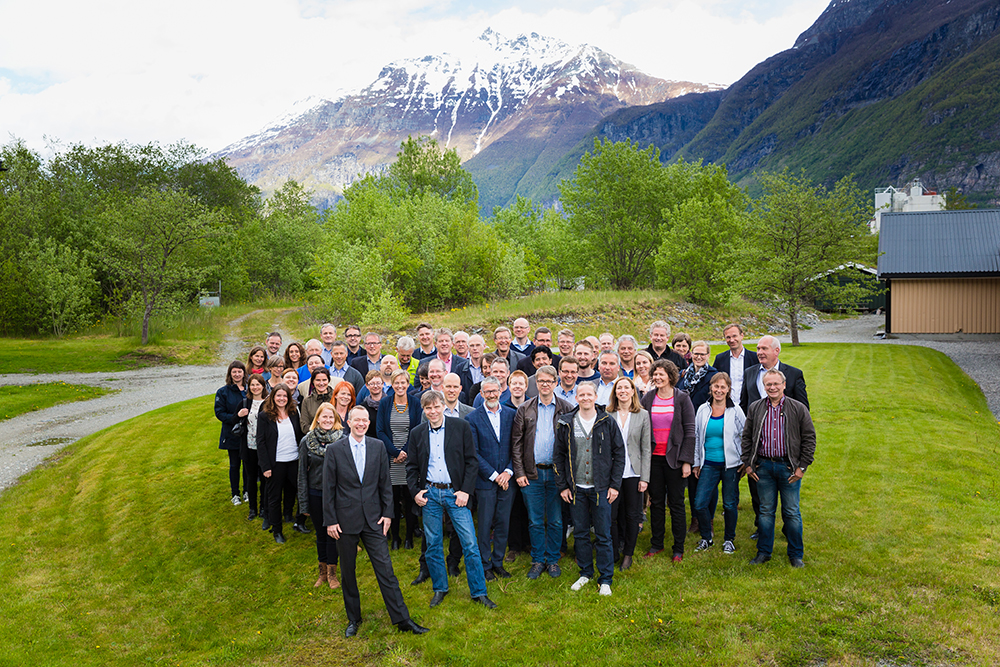 Four Norwegian research institutions, two outside of Norway and several industry partners from technology and the aquaculture industry have now started operations at a centre for innovation in closed-containment systems. The centre, CtrlAQUA, has been given NOK 200 million and eight years to reach its own ambition to make closed-containment systems for salmon up to one kilogram off-the-shelf systems.

On Tuesday May 26, Norwegian Minister of Fisheries Elisabeth Aspaker honored the centre by visiting Nofima at Sunndalsøra as part of the opening of the centre:

“I have great expectations for the achievements of CtrlAQUA. Even though 8 years is a long time, it is urgent that we find solutions to reach the goals. CtrlAQUA is an important part of this,” said Aspaker.

Opened by The Research Council of Norway

CtrlAQUA is one of the Centres for Research-Based Innovation (SFI), a major program created by the Research Council of Norway.

“You have put together a very strong consortium. I want to point out that the committee that evaluated the application was fascinated by the innovation that the concept brings with it, and it believes that the centre will probably produce important innovations within aquaculture,” says Normann.

Aspaker stated in her speech on Tuesday May 27 that the goal of the CtrlAQUA SFI is perfectly compatible with the government’s ambitions for the aquaculture industry.

The report “Value creation from productive seas in 2050” predicts that aquaculture will have increased in volume five times and increased in value eight times in the years until 2050. Norwegian authorities and the aquaculture industry are working to bring this vision to reality.

There are, however, challenges that may prevent the industry from reaching this goal, such as sea lice, diseases, escapes, and mortality of fish during production. Technological and biological innovations in closed-containment production systems, in which the environment of the salmon is separated from the surroundings by an impermeable barrier, may be important for the development of the Norwegian aquaculture industry. Dr. Fyhn Terjesen showed that closed-containment systems for salmon up to one kilogram have further advantages than simply preventing lice and escapes:

“We can control the environment in which the fish lives in a closed-containment system. The environment is more stable and the fish use less energy adapting to it. This means that the salmon has more energy available for growth and good health.”

The main focus of the centre is innovation in closed-containment systems for the most vulnerable periods of the salmon production cycle, such as the first seawater phase, known as the “postsmolt” phase, when the fish weigh up to about 1 kilogram. The most important innovation in the centre will be reliable and efficient production of postsmolts in closed-containment systems on land or in the sea. The industry can in this way obtain a good alternative or supplement to the current production technology using open cages.