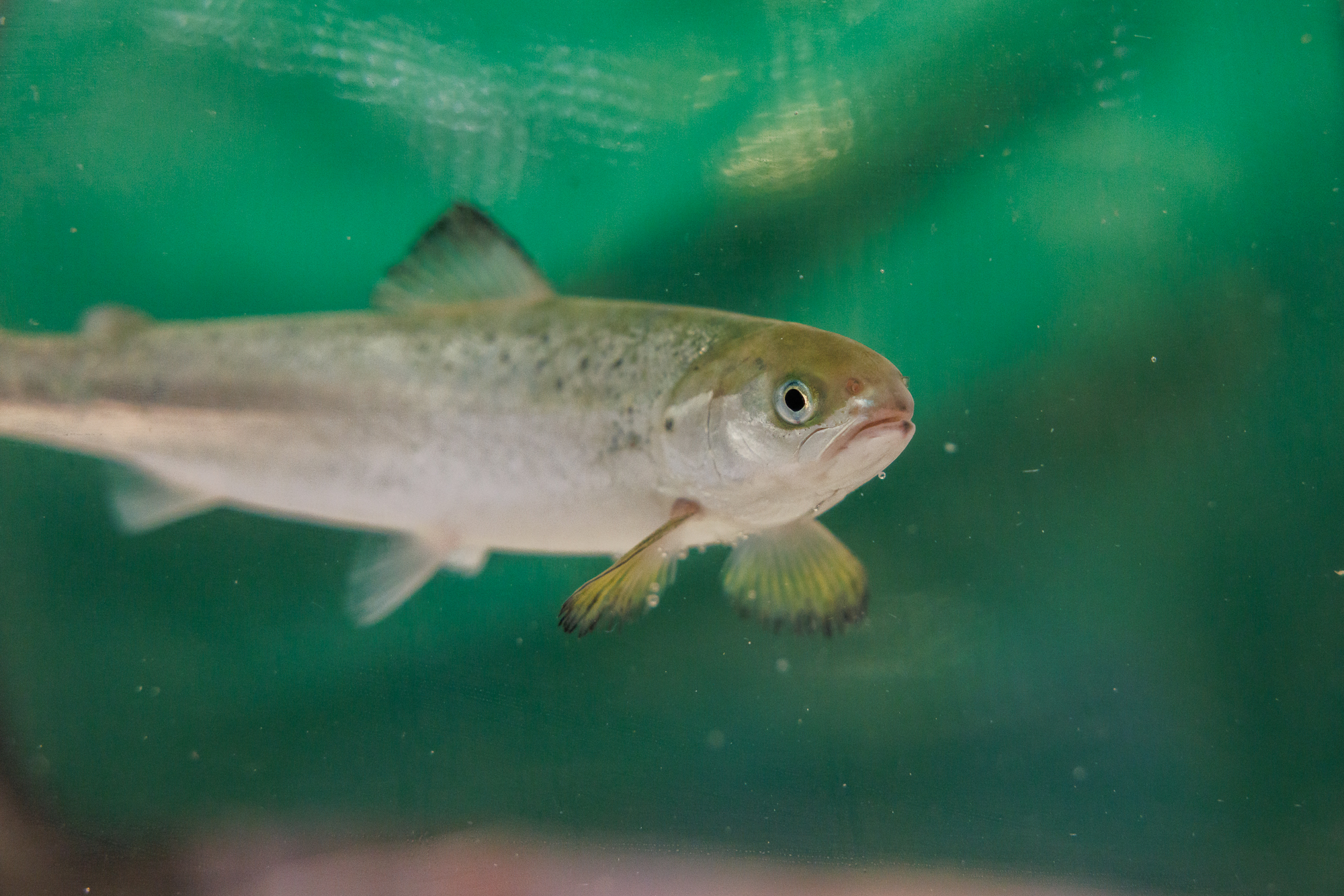 Hydrogen sulphide (H2S) poses an acute fatal risk to salmon that are farmed in facilities using recirculated seawater. Scientists have now found how sensitive the fish actually are to the gas.

In land-based fish farms, salmon live in fresh water until they become smolt. Once smoltified, they are transferred to seawater. When this seawater is recirculated in a closed facility on land, the water passes through a biofilter where the water is purified. However, H2S gas can quickly form in the biofilter causing the fish to die.

It is only in recent years that the production of larger salmon in land-based facilities has developed, and H2S has become an important research topic. Little knowledge exists about why the gas is formed, and almost no knowledge about what it does to the fish. However, the pieces are now starting to fall into place. 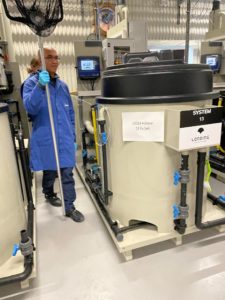 The trials were done in brand new facilities at Nofima’s research station at Sunndalsøra, in single-RAS units. These units, where there is one recirculating unit for each tank, made it possible to investigate the consequences of different operational changes at a system level. In addition, these systems require relatively less fish to support the biomass necessary for the RAS unit to operate optimally.

Two weeks after H2S exposure, the fish were exposed to a crowding stress test in order to evaluate how fish with an H2S exposure history reacted to a secondary stressor relevant during production. When the scientists have finished analysing these data, they will be able to say something about how H2S exposure affects fish welfare and stress coping ability.

Nose and skin are sensitive to H2S

The analyses showed how many genes in the various organs were activated during and after the fish were exposed to H2S, and the number of genes activated indicates how sensitive the organ is.

The trials show that the nose is the organ that reacts most strongly to the gas during chronic exposure to H2S. The scientists also investigated gills and skin, which, like the nose, are part of the first line defence that is in contact with the water. The skin was the most sensitive organ during short-term trials, but least sensitive during long-term trials.

“There are more groups of genes in nose that respond to H2S than in other organs. These include genes linked to stress, tissue repair and the immune system. Previous research we have conducted suggests that the gene activity in the nose’s immune cells has some similarities with how the immune cells in the human nose react to H2S. We also found an increased number of mucous cells in the nose of H2S-exposed fish indicating signs of irritation”, says Lazado.

After a long period of exposure, salmon can also change their behaviour, and the scientists noticed some visible skin colour changes especially near the head and mouth. Some fish died in the group that was exposed to the highest level (5 ug/l) over time.

No problems coping with low levels

“We see that salmon cope well when exposed to low levels over time, and that the peaks cause the problem. The aquatic environment in RAS is dynamic, so there will always be a certain amount of H2S present. The knowledge we now have about how the short- and long-term levels affect fish health makes it possible to carry out risk assessments during production”, says Lazado.

However, he believes this depends on whether you have fast and reliable measuring tools that can detect minute levels and at the same time measure very high levels. Lazado confirms that companies developing more sensitive sensors have shown great interest in the project.

Other good news for operators of RAS facilities is that hydrogen peroxide is an emergency solution that can reduce the level of H2S in less than half an hour. The Danish scientists working on the project found this out.

The research has been conducted in collaboration with the Norwegian Institute for Water Research (NIVA) and the Technical University of Denmark. The Research Council of Norway has funded the project. In the project, the scientists have minimised the need to use trial fish, in accordance with 3R guidelines (replace, refine and reduce the use of laboratory animals). This research is an associated project in CtrlAQUA SFI.

Carlo C. Lazado and other scientists from the project will present more results at the Havbruk conference in Bergen and Future smolt production at Sunndalsøra in October 2022.