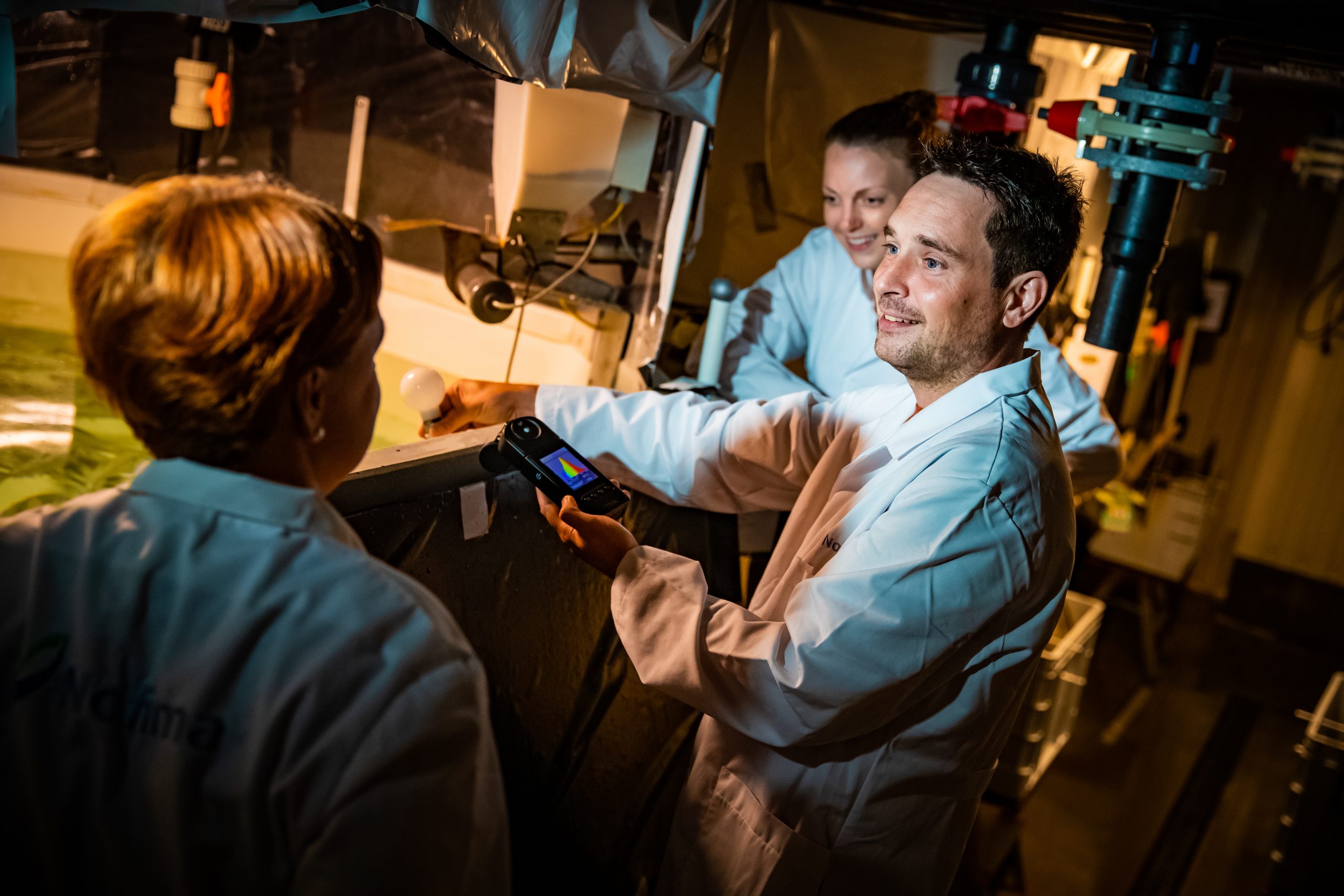 So far, the existing lighting conditions for salmon in recirculating aquaculture systems (RAS) appear to be safe in terms of growth and mortality rates.

“However, we still know little about how the light affects salmon physiology and how they cope with the change in lighting condition after transfer to sea water”, says Jelena Kolarevic, Nofima Senior Scientist and project leader for CtrlAQUA’s research into light.

Different conditions in RAS and netpens

There is little existing research on what the optimum light intensity and quality in RAS should be. Nevertheless, white LED lighting has become widespread in closed containment systems on land. Very often RAS are managed without in-loop disinfection which means that more particles and organic substances are present in the water preventing the light from penetrating the water column. In sea-based netpen systems, daylight and clearer water represent the natural conditions where blue light penetrates the deepest, while red and yellow light is more common in recirculated water due to the accumulation of substances like humic and fulvic acids. The insights from netpen farming are therefore not directly applicable for the conditions in RAS.

The CtrlAQUA scientists have looked into how the use of white and full-spectrum LED light affects salmon post-smolt in RAS and how the water quality affects light penetration. Light is traditionally used in salmon farming to regulate the timing for smoltification.

Based on experience from commercial RAS facilities, the scientists selected two light intensities (0,25 and 1,9 µmol/m2/s) and two light qualities (white LED and full-spectrum LED). Post-smolt, i.e. salmon that have passed the smolt stage, were illuminated for 90 days, after which the scientists measured the water quality and salmon growth and mortality.

The results showed that a light intensity higher than 0,25 μmol/m2/s does not affect the fish’s growth and survival in the RAS facility.

The industry is looking into the minimum light intensity required for optimum growing conditions in order to cut costs. However, challenges still exist such as understanding the effect of light intensity below 0,25 µmol/m2/s. Further research is needed:

“In the current large tanks with a depth of up to five metres, it will be difficult for the fish farmer to be able to distribute the light evenly without major investments. It’s a challenge the industry has begun to look into,” says Kolarevic.

The research is presented at the webinar “Smolt production in the future” 21.10. Sign up at smoltproduksjon.no