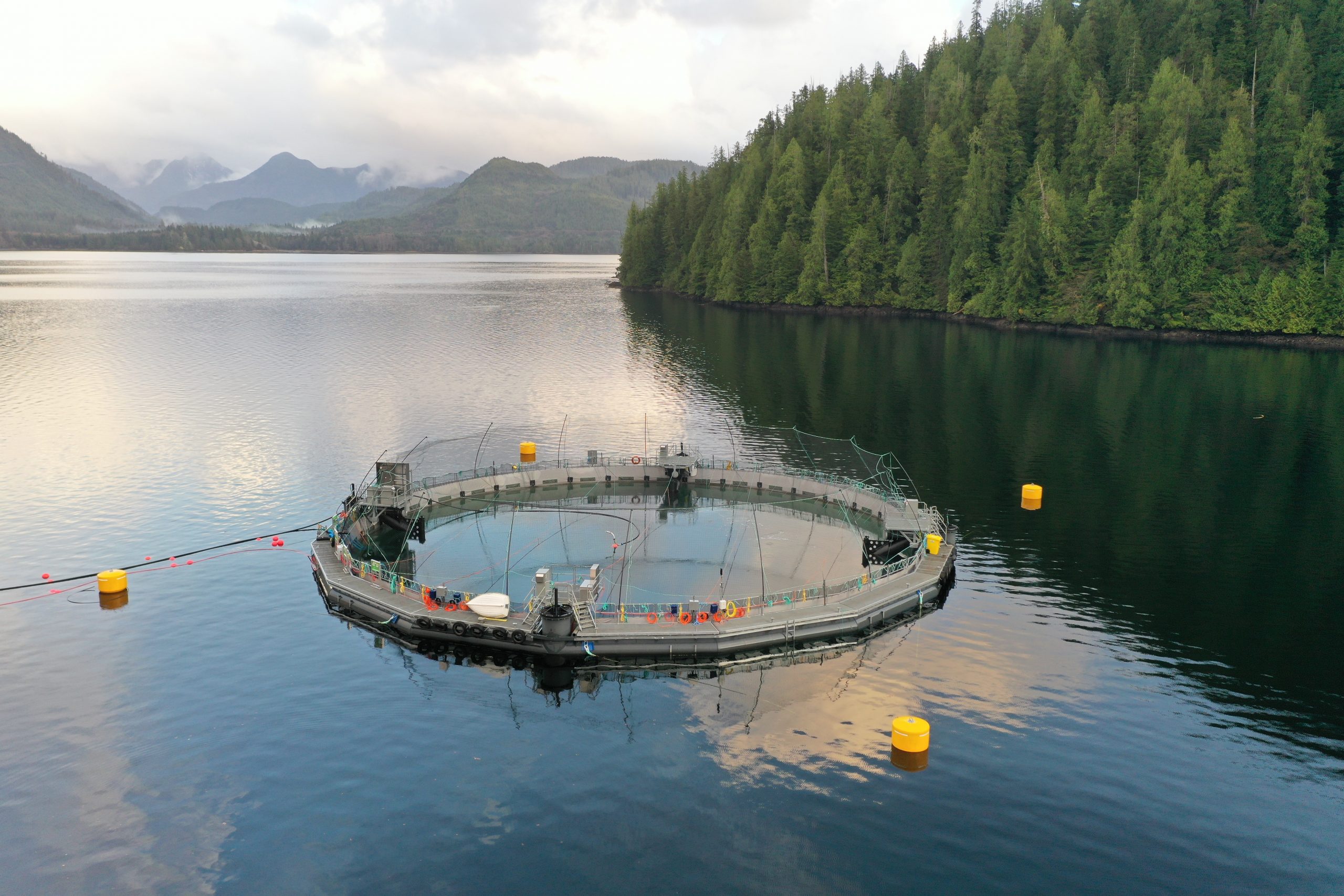 Certus, which means ‘safe net pen’ is also in place in Canada (pictured). Version 2 of Certus is based on the experience gained and research conducted on version 1, which is in operation in Nordland, Norway. Photo: © Sam Chen, Cermaq.

Cermaq has now started the third round of salmon production in closed containment systems, without having to delouse.

In the neighbouring net pen, which has a traditional net system, they have had to delouse several times.

It is precisely the combination of a semi-closed containment system and an open net pen placed next to each other that makes Cermaq’s semi-closed system, called Certus, a popular research object in CtrlAQUA. Nofima scientists and Cermaq have directly compared measurements from the two types of production, and obtained valuable information about the differences in growth, feed consumption, lice infestations and welfare. Harald Takle is Head of Marine Innovation and Development at the fish farming company called Cermaq, and he summarises the research results as follows: 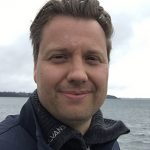 “The most important sign of quality for Certus is that we have not seen any lice. The growth-rate of the fish is also slightly better, even though Certus has a significantly higher density of fish. In addition, mortality rates are equally low in both facilities”, says Takle.

He explains that the good growth-rate in Certus is due to the absence of delousing, a slightly better average temperature, and a more stable water environment compared to an open net pen. In 2018, the first semi-closed containment system of 10,400 m3 was established in Nordland, and a larger and improved version (15,000 m3) was established in Canada in 2020. The technology provider and CtrlAQUA partner Fiizk has developed the containment system, with Cermaq as a very demanding client, according to Takle.

“We now have a promising technology that is in an early phase of development. If it is to be competitive in relation to RAS and open sea-based net pens, we must continue to improve fish performance and reduce the level of cost”, says Takle.

He believes that the Norwegian aquaculture industry will experience a bottleneck in growth if initiatives regarding closed facilities at sea are not successful.

“As of now, the framework conditions for semi-closed facilities are not good enough. There is uncertainty regarding important regulatory factors, while we also lack sufficient documentation about the effects of semi-closed facilities. With only one closed containment system, it is difficult to get good quality documentation. Investment, therefore, carries a big risk. So for us, investment is currently on hold in Norway”, says Takle.

Challenges that are crucial to solve

Cermaq summarises its foremost challenges with the words ‘predictability’ and ‘cost-effectiveness’: Cost-effective purification of intake water, sludge processing, oxygenation, as well as predictable framework conditions and the need for separate licensing schemes for closed facilities. He also calls for schemes that stimulate technology development and take into account the fact that closed facilities still have major R&D requirements in order for the technology to succeed.

In relation to these challenges, scientists at CtrlAQUA are working specifically on the purification of intake water. By purifying the intake water, the fish farmer can freely move the fish to other containment facilities without applying for an exemption. This is very important for a cost-effective production of post-smolt to exposed facilities and offshore production.

Nofima is working on the purification of intake water and has found that using UV can remove up to 99 percent of some of the most common microparasites.

During the development and testing of Certus, a number of companies and research institutes in the CtrlAQUA centre have contributed. Takle is eager to highlight why it is important to be part of this centre:

“It is a fantastic meeting place, melting pot and channel for exchanging information, where one can discuss current and future challenges and address them together. With all the partners who are part of a centre for research-based innovation, one gets a broad experience base from the industry combined with a pool of scientists, all of whom meet at topical and annual meetings at the centre. We take part in very good, open discussions”, says Takle.

The fish are monitored by a camera from CreateView. “The monitoring has really been a gift during these Covid times. When scientists are unable to get to the net pens and see what is happening, we can still follow up on the trials via digital tools”, says Takle. Photo: CreateView