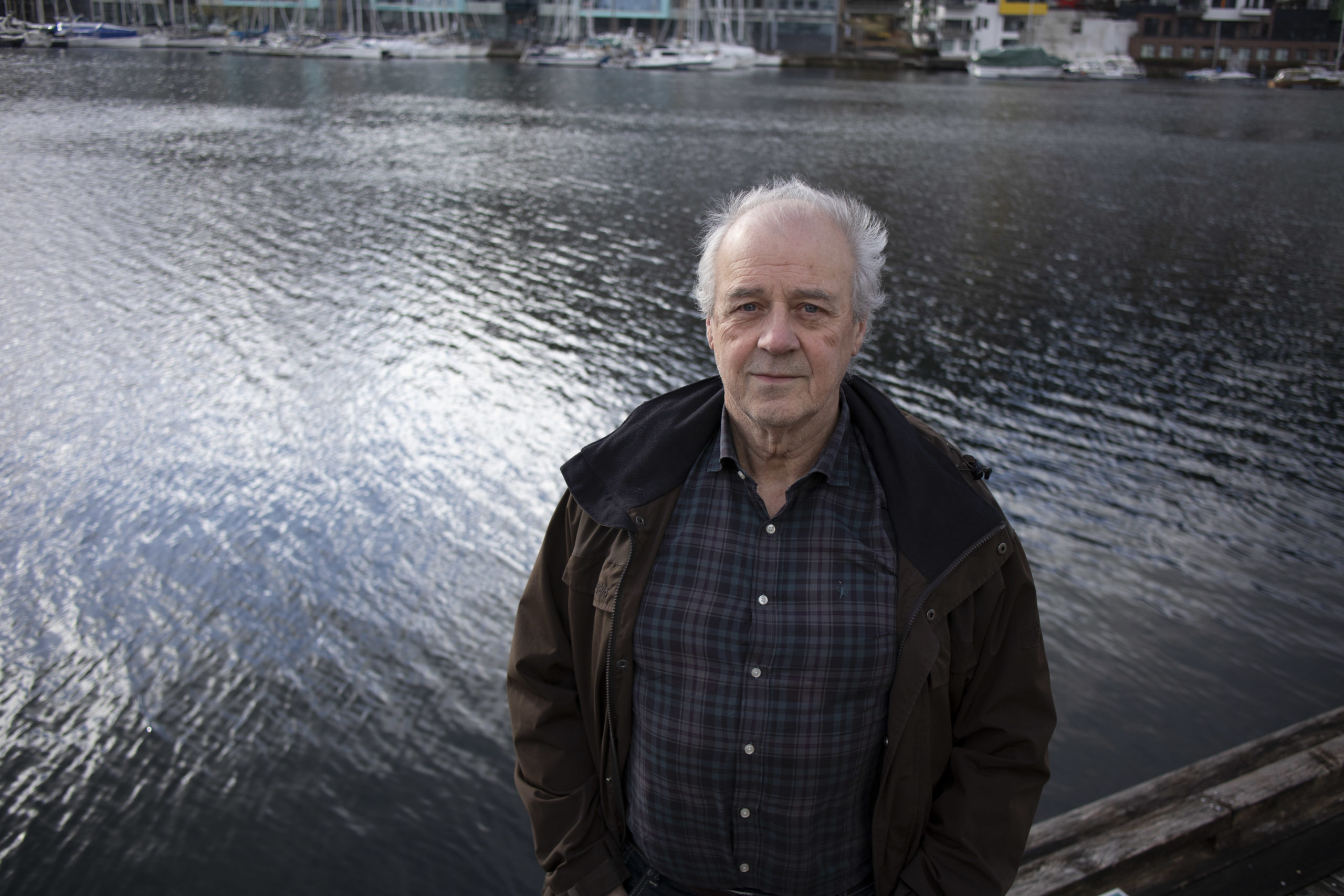 Professor Are Nylund at the University of Bergen. Photo: Jens Helleland Ådnanes/UiB

The fact that there are few salmon lice in semi-closed fish farms is the main argument for these farms having a future, says Are Nylund, a professor in fish health at the University of Bergen.

Nylund has been researching pathogenic organisms in closed fish farms since CtrlAQUA started in 2015.

“Avoiding sea lice was an important motivating factor when the industry started establishing closed facilities at sea. And the facilities are largely successful”, says Nylund.

Salmon lice are found in the upper metres of the water column, while the water intake is usually at a depth of 20 metres. This means that the salmon avoid a large part of the infestation.

Nylund has in CtrlAQUA collaborated with Lerøy (the Preline system), Mowi (the Neptune net-pen) and Cermaq (the Certus net-pen). He has monitored many production cycles and have a good idea of the situation regarding pathogens.

However, there are several challenges that need to be addressed before the facilities can be put on the market:

“All the facilities I work with are prototypes that clearly need to be improved. They are designed for calm seas and cannot be placed anywhere. That’s just one of the challenges. And then there are some improvements that can be made to improve fish health in addition to avoiding salmon lice”, says Nylund.

Nylund’s research in CtrlAQUA shows that many of the pathogens found in a semi-closed facility accompany the smolt from the hatchery, with the exception of the marine pathogens. The fish health professor’s main piece of advice to fish farmers is therefore to ensure that the smolt they release into their semi-enclosed facilities are pathogen-free.

His other piece of advice is to place the water intake at greater depths. This was originally the ambition.

“It should be possible to place the water intake at a depth greater than 20 metres. If you go deeper, you avoid more marine pathogens, despite the fact that the Tenacibaculum bacterium and the AGD amoeba will still be found there”, says Nylund.

What about purifying the intake water?

“Treating the intake water is a theoretical possibility, but it is expensive because there are large amounts of water. I think we need to take it one step at a time, and this is not the first one”, says Nylund.

Requirements may be put in place regarding the treatment of wastewater. It is easier to treat wastewater than it is to treat intake water.

It is a well-known problem for fish farmers who have semi-closed facilities that these expensive installations that are intended to be more environmentally friendly are nevertheless regulated as if they were open net-pens. Among other things, it means that fish farmers are not allowed to move fish across zones. For fish farmers in some areas, keeping the fish within a zone is an operational challenge.

Nylund supports the practice from the authorities on this point, and believes that there are still too many things that are unresolved to move fish across zones.

“Our research shows that as long as you do not have smolt that are free of viruses, you will get viruses in semi-closed facilities or any other aquaculture system for that matter”, says Nylund.

However, he does not recommend having frameworks that are too strict during a developmental phase:

“Authorities must allow the industry to continue to develop semi-closed systems if they insist on keeping that kind of solution”, says Nylund.

“I think the aquaculture industry should be based at sea, except for smolt production. At least based on the knowledge we have today. We must focus on the sea, that is where the advantages lie, and we need to continue to develop semi-closed facilities to avoid salmon lice”, concludes Nylund.