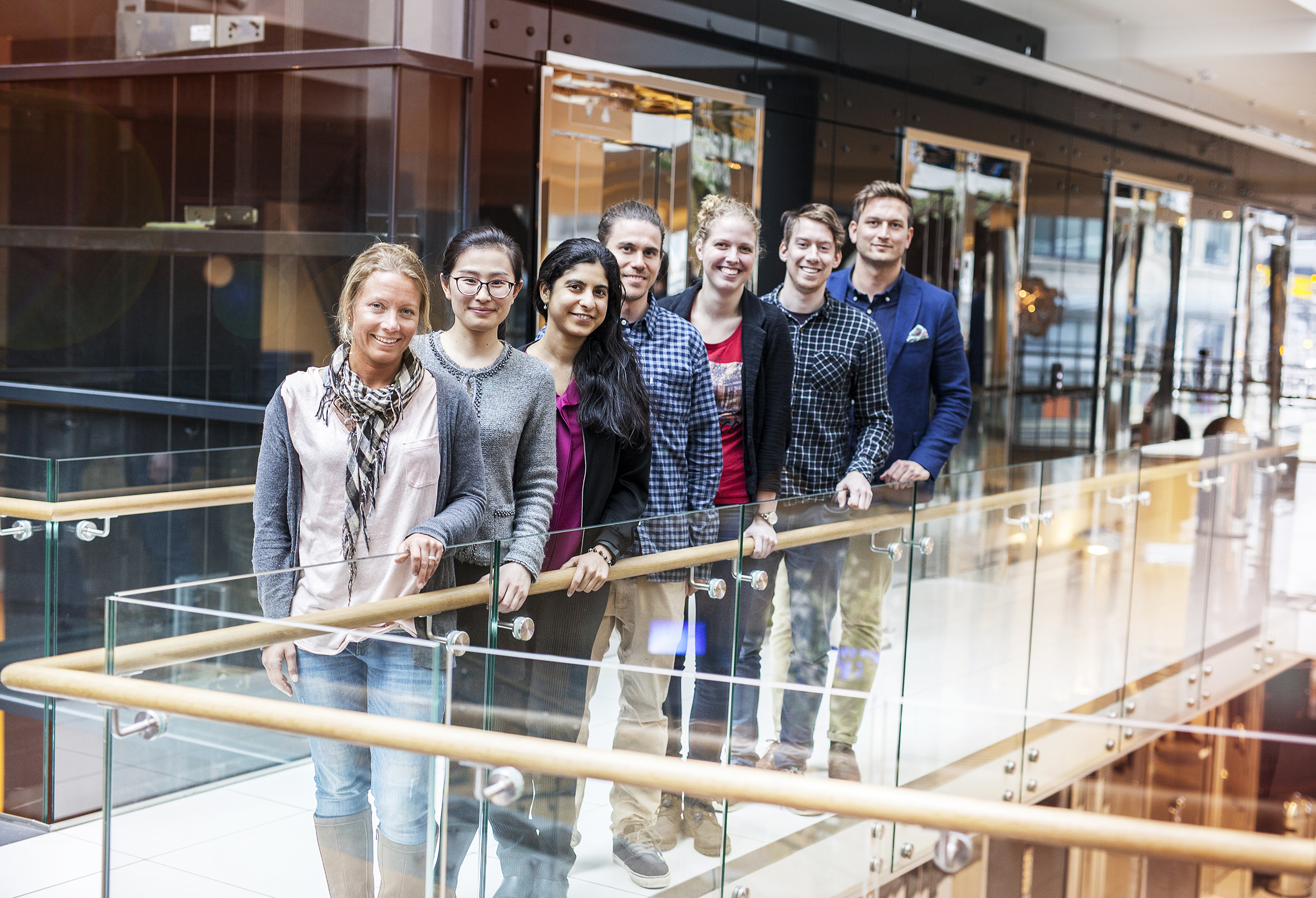 “I want to contribute with knowledge of fish biology, so that we can adapt the technology to the fish rather than the other way around,” says the doctoral candidate in front, Sara Calabrese, one of the many students within CtrlAQUA. Photo: Ingvild Festervoll Melien / Nofima.

New PhD thesis shows that salmon kept in closed-containment fish farms on shore have better welfare in brackish water, and that they can live with higher density in a closed environment than in open sea pens.

Atlantic salmon is the most important farmed-fish species in Norway, and the vast majority of the fish are raised in open sea pens. Problems caused by sea lice, fish escapes and mortality during the production period limit the industry’s further growth. In closed-containment fish farms, the salmon are protected from the natural environment by a physical barrier. Such farms may be situated on shore and make use of recirculated water, or float just offshore in the sea.

The use of closed-containment facilities to reduce the amount of time the fish spend in open sea pens can also help resolve the challenges to further sustainable growth that the sector is facing. Many aquaculture companies are keen to test such facilities for the production of post-smolt fish (young fish weighing up to 1 kg that have acclimatised to living in seawater). However, there is much that remains unknown about the type of environment preferred by post-smolt fish in closed-containment facilities.

New insights into what constitutes a good environment and what produces good fish welfare allow facilities to be more appropriately sized. That is why Sara Calabrese, in her doctoral thesis, has examined the effects of important aquaculture factors.

In floating closed-containment facilities, the population density can be increased to 75 kg of fish per cubic metre of water (kg/m3) with no impact on the post-smolt salmon’s welfare. In open sea pens, the maximum permitted density is 25 kg/m3. In fact, densities of around 75 kg/m3 may be better for fish welfare than either lower or higher densities, since the highest expression of genes that are important for cognitive responses and memory was observed at 75 kg/m3.

In floating closed-containment facilities, where the water is not recirculated, the rate of water exchange should exceed 0.3 litres per kilogram of fish per minute. Levels of water flow lower than this lead to physiological responses that are energy intensive, as well as other negative effects on fish welfare.

Sara Calabrese will defend her doctoral thesis “Environmental and biological requirements of post-smolt Atlantic salmon (Salmo salar L.) in closed-containment aquaculture systems” at a viva to be held on 22 June 2017. This is the final step before the award of a PhD degree from the University of Bergen.

In 2013 she started the work as an industry PhD at the University of Bergen in collaboration with the aquaculture company Marine Harvest. The doctoral work has been carried out at Institute of Biology under supervision of professor Sigurd Stefansson, Sigurd Handeland, Tom Ole Nilsen and Lars Ebbesson, and by Senior Scientist Bendik Fyhn Terjesen from Nofima, Sunndalsøra.

Ms Calabrese’s research forms part of the work being conducted at CtrlAQUA, a Centre for Research-Based Innovation (SFI).

The doctorate Sara Calabrese’s research forms part of the work being conducted at CtrlAQUA, a Centre for Research-Based Innovation (SFI).

She is the first in CtrlAQUA SFI to defend a doctoral thesis.